TLDF has started its “Safe Migration (SMP)” in 2018 is a legal rights related project and was supported by Diakonia Thailand Foundation aiming to support legal knowledge regarding migration for people on the move in Myanmar.

The following report is a summary of SMP project activities and its outcomes in 2018.

Story of Change : “Passing on knowledge to Neighbours in the Community”

Therefore, those illegal migrant workers face may problems such as unfairly paid wages, do not receive medical and health care service from the hospital because they do not have medical insurance under social health care policy.  Moreover, they have being afraid of police arrest due to lack of work permit or official certificates for working in Thailand.

The job that most of those cross-border illegal migrant workers are caretakers of local Thai farmers’ orchards or gardens as insecticide and herbicide sprayers which is risky to health issues.  For the women workers mostly ended up in Karaoke or restaurants where are risky areas to human trafficking and various forms of abuses and exploitations.

When TLDF project staff from Chiang Mai, Thailand had started their project activities to educate community members about cross-border migrant workers, I would like to join the project and passing the knowledge to my fellow members in our community and surrounding areas.  I have confidence to share the knowledge to others because I have some experience as I used to work as radio announcer of Myanmar Government’s Tribal Radio Broadcasting Station based in Pyin Oo Lwin (or May Myo) Resort City in Mandalay Division in Central Myanmar.

In June 2018, I was allow to join in TLDF Cross-border Migrant Support Networking Group as one of 25 volunteers in our community. After I have joined in TLDF project, I was selected to participate in training workshop on “Cross-border Migrant Worker” where I got knowledge on valuable knowledge on Thai government’s labour laws and regulations on cross-border migrant workers as well as self- protection mechanism concerning to human trafficking and various forms of human rights abuses and exploitation.

After coming home in Myanmar from those two training workshops, I have developed and released a serials of educational program through Youtube and Facebook channels in Lahu language which is now become an interested source of educational program to many Lahu villagers, especially to young people who are in the age of work forces.

My previous training and work experience as radio announcer has helped to my current educational program through social media in joining hands with my fellow networking volunteers and TLDF project staff in Myanmar.

I am so happy for being able to participate in this project’s networking voluntary, because I was able to learn new things and could be able to travel to other places where I never been before.  More importantly, I was able to learn about Thai government’s law and regulation related to cross-border migrant workers in addition to self-protection mechanism from various forms of human trafficking and exploitation while working abroad. 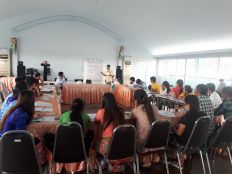 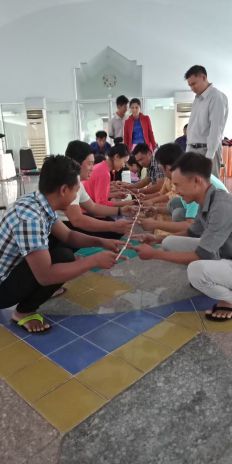 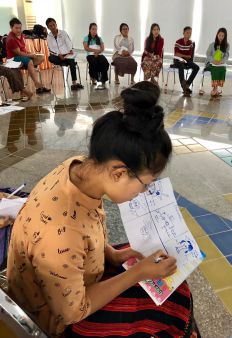 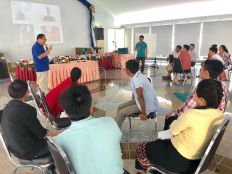 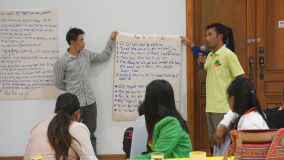 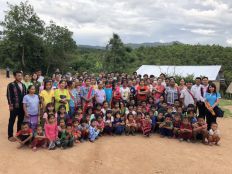 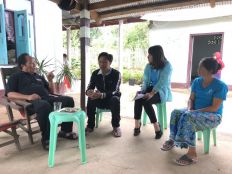