TLDF has started its “Lahu Students Scholarship Program (LSSP)” in 2013 School Year with scholarship grants provided by Sievert Larsson Scholarship Foundation (SLSF). Since 2013 - 2018 all total who received scholarship is 1,585 grants.

In 2018 school year, SLSF has supported 243 students who are studying in four different education levels (primary, middle/high, vocational college and university), by dividing 2 semesters, one semester at a time.  TLDF Board of Trustees developed and circulated application form at the beginning of each new school year. The program has developed a precise set of questionnaires and criteria for screening and scoring of individual applicants.  After completion of thorough screening and scoring of all individual applications, a shortlist of scoring results is developed and finalized by TLDF staff persons before submitting it to the Board meeting for final selection for granting.

TLDF has classified 3 different target groups of scholarship recipients - Group 1. Buddhist and/or other religion believers.  Group 2. Christian Lahu affiliated to various Christian denominations, Group 3. Christian Lahu affiliated to Thailand Lahu Baptist Convention (TLBC).  Based on total applications being received from each of the recipient groups, a quota for each group of Lahu students for 2018 School Year was set in percentage and selected as showing in the following table.

The following is a summary report of LSSP in 2018 school year, by each of 4 education levels.

Vocational College Level:  There are 79 students studying in 9 government and 11 private own vocational colleges in 2018 school year. Most of students are taking major in mechanics, electricity, electronics, agriculture, Philosophy of religion and accounting, aiming to enter into professional careers after graduation of 5 year training (paw-vor-sor) in vocational education.

University Students Level:  LSSP has granted 89 scholarship grants who are studying in 13 government and 4 private universities.  Most of students in this group are taking major in accounting, Sociology, Animal science, Philosophy of religion, Tourism, Engineering, public health, theology, business administration, English, Chinese and teaching, aiming to enter into professional careers after graduation of 4 year study in university education.

Table 1: Total applications been received and a list of granted fund to each of studying levels. (2018)

The Story of Change of a Teacher in Mae Hong Son 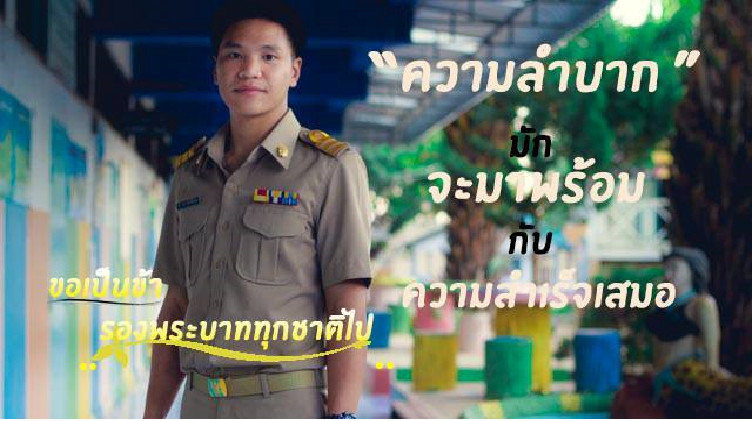 I was born on January 01, 1990 from a Lahu family in a small Lahu village named Pha Monn village in Mae Hong Son’s Pang Mapha mountainous district. I am a Lahu student who has graduated from Chiang Mai Rajabhat University (with BA degree) in 2015 and was a scholarship student of the “Sievert Larsson Scholarship Founadtion (SLSF)” through the Thailand Lahu Development Foundation (TLDF) in 2013 – 2015 School Years.

I was grateful to be one of my fellow Lahu students who have had received SLSF Grants which is non-conditional grants for disadvantage tribal students like me, to be able to achieve in our highest goal of graduations. Without the scholarship grant, I could not be able to finish my university study as my parents were poor highland farmers who could not be able to support me to study in the university level.

After my graduation at Chiang Mai Rajabhat University in March 2015, I was recruited by the Mae Hong Son Provincial Education Department as a government school teacher at Maw Bhang School located in Maw Bhang village, Pai District of Mae Hong Son Province commencing on October 25, 2016. The village Government School where I am teaching is a Lahu, Lisu and Tai village and I was enjoyed teaching those Lahu , Lisu and Tai students by hoping that some of those students might become a teacher like me or other careers that our country is needed.

With my personal story of change, I would like to encourage my younger fellow Lahu students to become a good citizen with successful carriers of the Royal Kingdom of Thailand. 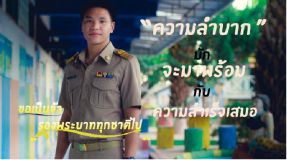